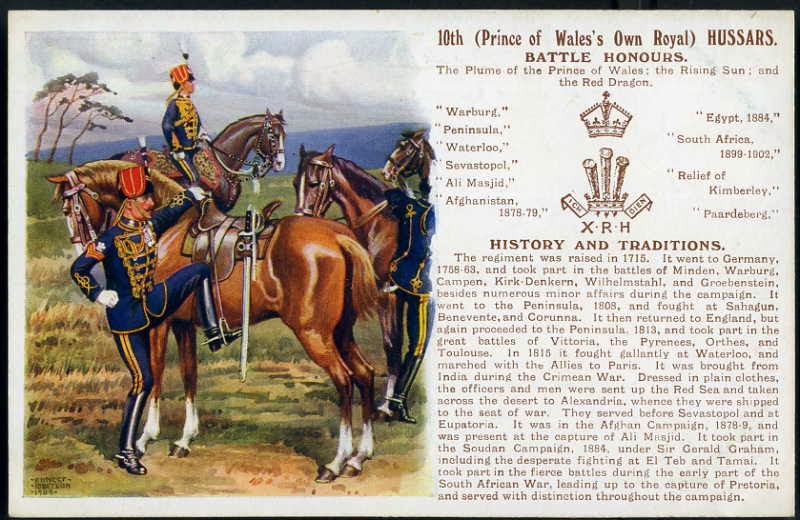 This post will look at numbering in the 10th (Prince of Wales's Own Royal) Hussars between 1881 and 1906. Line and Household cavalry regiments were unaffected by Cardwell's Army reforms but keeping to the parameters of this blog, my starting point for this post is 1881.