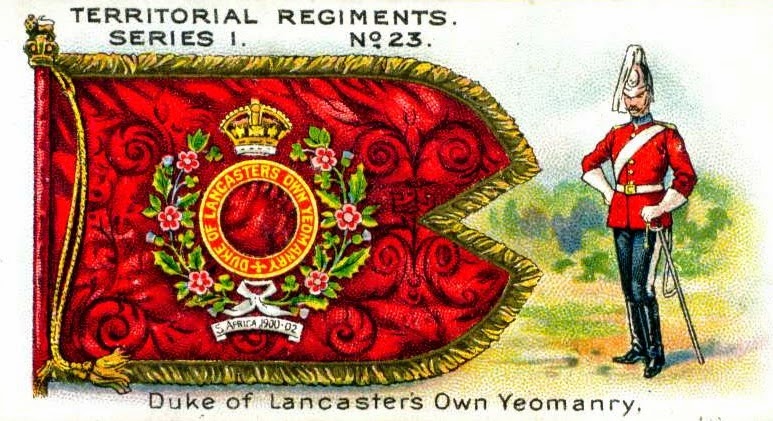 This post will look at numbering in the Duke of Lancaster's Own Yeomanry between 1908 and 1914.

By 1914 the Duke of Lancaster's Own Yeomanry were headquartered at Lancaster House, Whalley Road, Whalley Range, Manchester, with its four squadrons disposed as follows:

The regiment formed part of the Welsh Border Mounted Brigade which was administered from Shrewsbury.