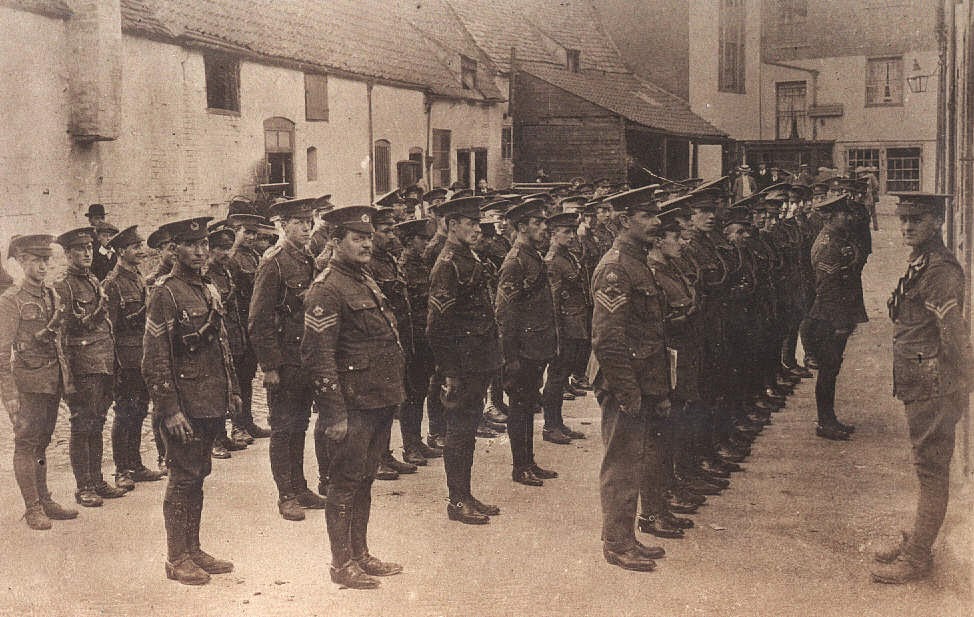 This post will look at numbering in the Leicestershire Yeomanry between 1908 and 1914.

The majority of the men who joined in that year were former Imperial Yeoman, joining the newly constituted regiment with their old Imperial Yeomanry numbers.

By 1914 the regiment was headquartered at Leicester, with its four squadrons disposed as follows:

The regiment formed part of the North Midland Mounted Brigade which was administered from Leicester.

The photo above shows C Squadron, Leicestershire Yeomanry assembled outside the Bull's Head stable yard on 6th August 1914. 1756 Henry Thirlby Hack MM who I interviewed at his home in Sutton Bonington in 1985 stands in the third row from the front, second from the left. On the far left of the second row is Sergeant Major Diggle. His son, 1760 Bertie Diggle, would be killed in action at Frezenberg near Ypres on 13th may 1915.  Pictured below, Thirlby Hack in bath-chair recovering from his wounds in England after the same action at Frezenberg. Thirlby's number indicates that he joined the regiment in February 1911 (although he recalled his joining date as 1910). He can be forgiven, he was recalling events seven decades later.

Read the interview I conducted with Henry Thirlby Hack MM on my World War 1 veterans' blog. 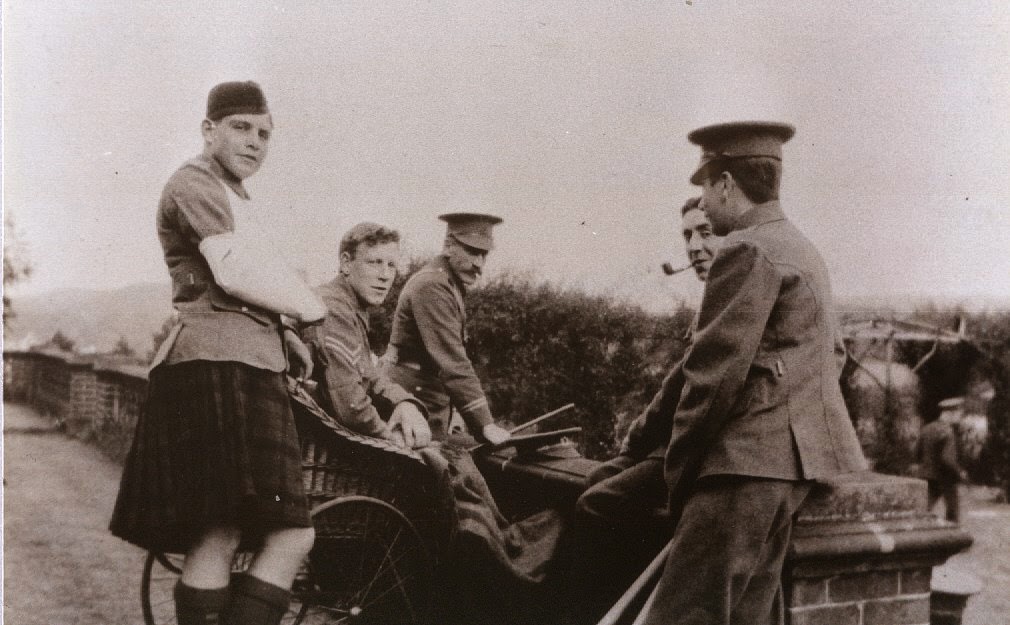